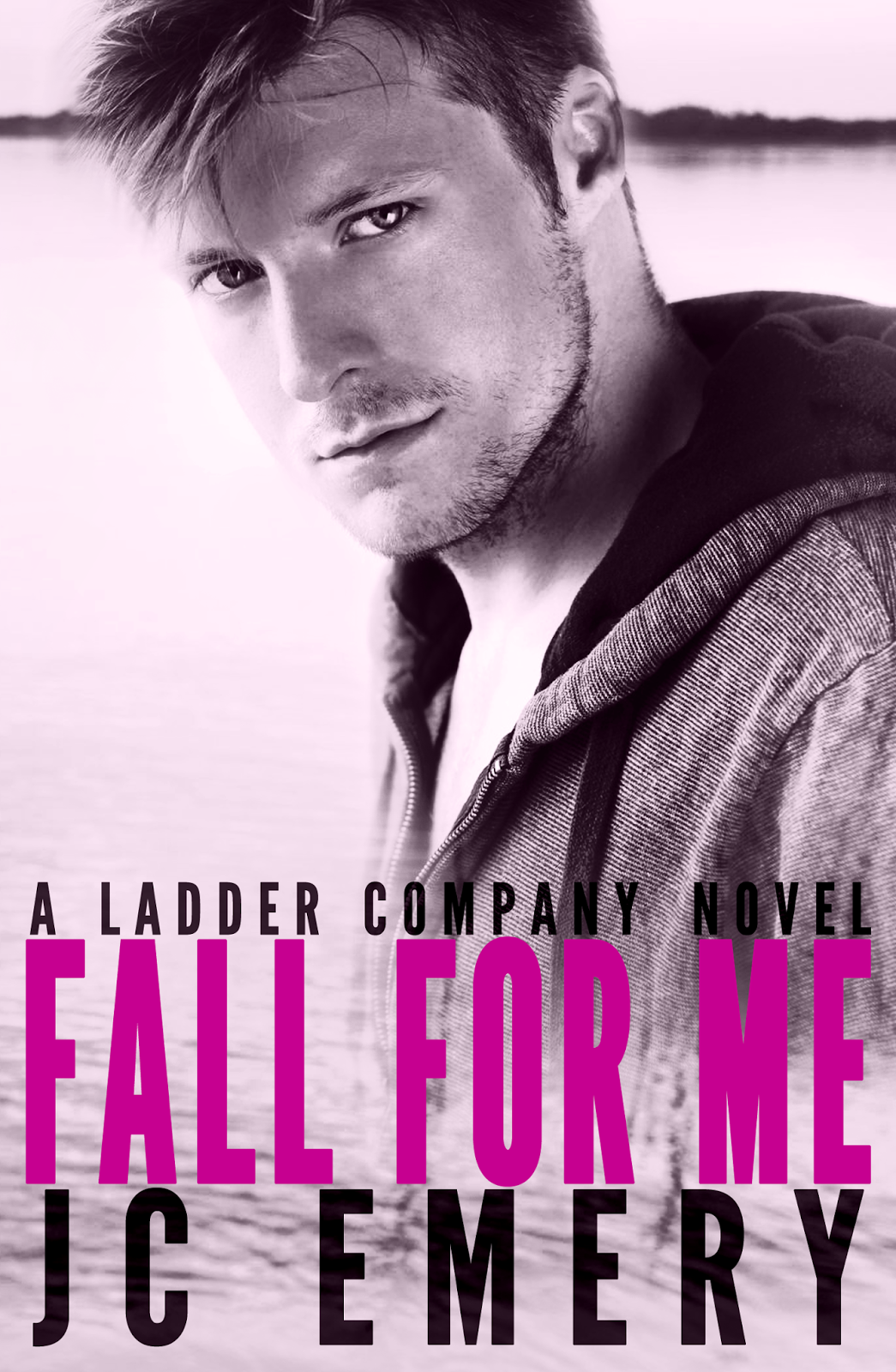 Melanie Kincaid is a trust-fund baby with a knack for sassy comebacks and unnecessarily complicating her privileged life. So, of course she would have to fall in love with a man she can't have.

Jameson Hayes is a NYC firefighter for Manhattan’s oldest ladder company with big shoes to fill and a city to protect. He’s strong, sexy, and not looking for the complications Melanie brings. But he can't stay away from her either. The attraction between them is immediate and the pull between
them is crazy powerful. But she's only home for the summer and long-distance
relationships never work.

Unfortunately, Melanie’s beauty and smart mouth are a lethal combination and Jameson isn't the only Hayes who's interested. As if his brother isn't enough to compete with, now the city's most famous arsonist wants to claim her as his next prize. Jameson can't stand to watch Melanie get hurt and she can't seem to keep herself out of trouble.

Fall for Me is the first Ladder Company novel, a stand-alone companion series about New York's most elite firefighting family with hot alpha heroes, snarky heroines, and an arsonist hell-bent on destruction.

“Mom!” I move through the foyer and into the open great room— a large, open living/kitchen combo— where I leave my suitcase and kick off my flats before I hit the carpet. What the hell is she doing with gas? That stuff is toxic.

“Well?” Mom says, appearing at the edge of the hall on the other side of the kitchen. She has a hand towel around her neck and one of her many yoga-specific exercise outfits on. This one is a light blue and she’s barefoot. Monica Kincaid is dedicated to many things in life— her husband Christian, her daughters (the youngest, especially), and her charity projects— but yoga is the one out of all of it that I don’t understand. It puts her at peace, she says.

“Well?” I ask and drape the dress bag over the island counter top in the kitchen and move around to prop myself up on one of the bar stools. God, that gasoline smell is driving me mad.

“Are we planning a spring wedding yet or what?” Mom says with a grin. Her nose wrinkles, catching the scent of the gasoline, I’m sure. “Janet and I have been taking bets.”

“Nothing happened,” I say. Verbalizing it is even more disappointing than it probably should be. Apparently, Mom and Dad were also in on Jameson and Royal’s surprise trip. It took all of an hour after they landed for Janet Hayes to text me telling me she wishes she could have been there. It was sweet, but then she suggested she needed to leave me alone so I could spend as much time as possible with Jameson. And that we shouldn’t be disturbed. While the level of investment our mothers have in our has-yet-to-happen relationship is borderline creepy, the support is pretty awesome. It’s a rarity to find a woman as kind and loving as Janet Hayes is. Even if she doesn’t really know appropriate boundaries and likes to talk about when her sons were starting puberty… in all the gory details. I know more about Jameson’s solo activities when he was a kid more than I care to.

“You must be joking,” she says and heads to the fridge where she pulls out a single-serve cup of yogurt. “That man flew down to that god-awful place—,” 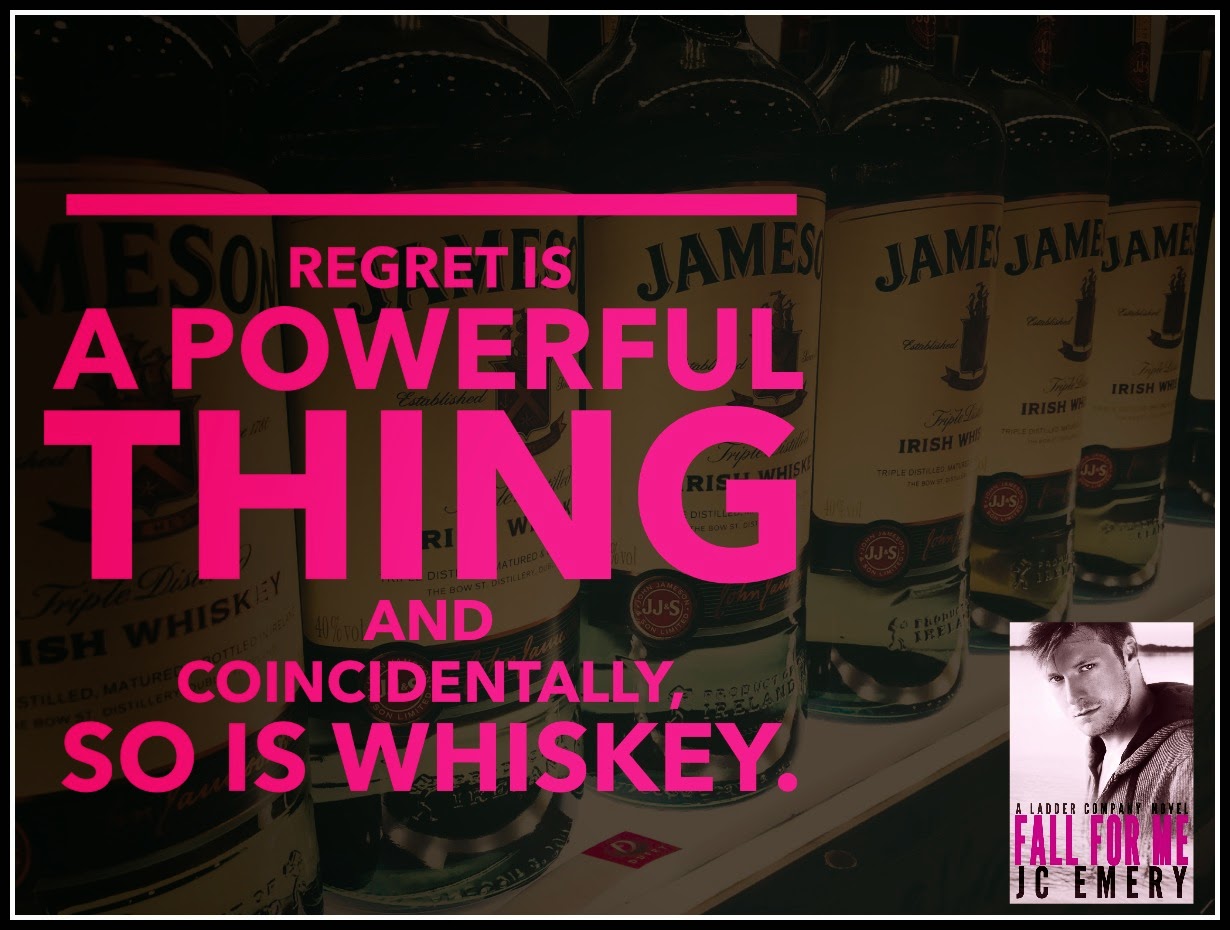 As a child, JC was fascinated by things that went bump in the night. As they say, some things never change. Now, as an adult, she divides her time between the sexy law men, mythical creatures, and kick-ass heroines that live inside her head and pursuing her bachelor's degree in English. JC is a San Francisco Bay Area native, but has also called both Texas and Louisiana home. These days she rocks her flip flops year round in Northern California and can't imagine a climate more beautiful.
JC writes adult, new adult, and young adult fiction. She dabbles in many different genres including science fiction, horror, chick lit, and murder mysteries, yet she is most enthralled by supernatural stories-- and everything has at least a splash of romance.

Email ThisBlogThis!Share to TwitterShare to FacebookShare to Pinterest
Labels: A Ladder Comapany Novel, Fall For Me, JC Emery, Release Blitz