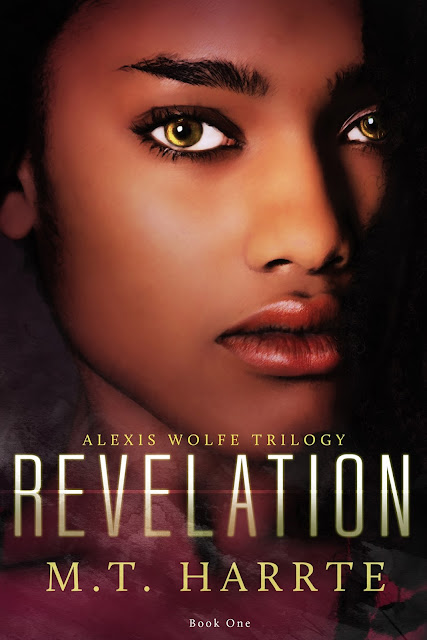 Though her father's suicide still lingers in her mind, Alexis must put aside her grief and take on the role as Alpha of her werewolf pack. Her new position also puts her next in line to be Queen of the supernatural kingdom, the Dark Court, which needs to be united more than ever now that mysterious attacks have been terrorizing the town. Too bad the current queen, Samira, would rather lie and murder her way through a power trip than step down quietly.

As Alexis investigates the murders, she learns corruption isn't just Samira's game. Her leadership is questioned by her very own pack, and after a gut-wrenching betrayal, she isn't sure if anything is worth protecting. But when Samira makes one last assault, Alexis is the only one who can end her reign of terror forever...that is...if she can find something worth fighting for.

“Sure, I was already planning on changing a few things around here. For starters I would like to add more guards from different colonies as long as ya’ll don’t oppose,” I said.

I scanned the room for any type of disagreement. Ethan was twirling his hair around his finger, Konrad was digging in his nose, and Liam was staring back at me.

“Alright, so just let me know who you think should ser­­­­—” A sneeze stopped me midsentence.

No one said anything or seemed to notice but I could feel the liquid gushing out and no amount of Kegels or anything else was stopping it.

I motioned for Palo to come closer so I could make a discrete exit and officially check on things. Thadius invited himself over, and stooped down beside me.

“I think my water just broke,” I whispered.

So much for being discrete.

Everyone rushed to my side with the exception of Konrad who was desperately attempting to fish out whatever was lodged in his nasal cavity.

“Girl, I just had that chair reupholstered,” said Ethan. “Get ‘cha ass up so we can get this baby out of you.”

“No,” I hissed. “I don’t need the humans.” I turned to Palo and breathed through a contraction. “Call Rachel.”

He nodded and ran off in the opposite direction as everyone else closed in on me.

“If it dies, can I eat it?” asked Konrad leaning forward in his seat.

My eyes flashed yellow as our glares fell on him.

Ethan shook his head in disgust as I motioned for my other guards. “Get him the fuck out of here,” I growled. “In fact, everybody leave with the exception of Thadius and Ethan, I need ya’ll to help me to my room.

We shuffled down the hall pausing long enough for the freight train disguised as a contraction continued to slam into me over and over again.

Thadius took the initiative to go ahead and pick me up and carry me the rest of the way. Wasting no time, he kicked my bedroom door open and gently placed me in the middle of the bed.

Ethan shook his head again. “Those sheets cost a fortune,” he muttered.

“Really, Ethan!” I shrieked. “Make yourself useful or get out!”

He rolled his eyes and snatched off my leggings. “Let’s just see what’s going on down here.”

His head disappeared for a moment and I immediately felt the urge to push.

“Oh hell na’ll, girl whatever you are doing, STOP. Something is peeking out,” he said, and his ghostly face paled to a nearly transparent hue. “You know what, I’m going to go see what’s going on with your midwife wolf lady.”

I looked over at Thadius and attempted to smile to lighten the mood. The panicked looked on his face made me wonder if he needed more medical attention than I did. 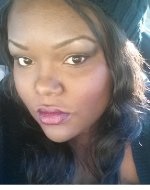 Megan Spann, known under the pen name, M. T. Harrte, is an eclectic blend of sex, sarcasm, and a dash of darkness. Her love of books blossomed at an early age and it has developed into a passion for writing as well. She also writes lighter fiction under the pen name M. L. Spann. She’s definitely one of those people that carries around books in their bag. She adds a touch of sass to her novels by using her southern roots to set the tone.

She spent a great deal of her life moving from state to state with her military family, until finally settling down in Mississippi. Despite graduating from Ole Miss with a business degree and going on to gain a Master’s degree, she has decided to truly follow her heart by pursing a writing career.