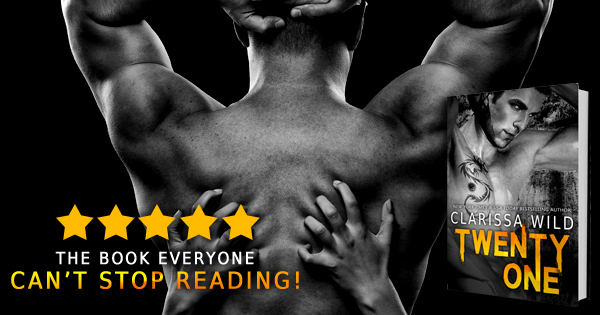 Check out this exclusive excerpt of Twenty-One (21) by Clarissa Wild!

My vocal cords are hoarse from the amount of screaming that I’ve done today.
For hours, I watch Angel getting tortured.
At first, I tried to look away, but the man forced me to look by turning my body toward Angel. Seeing him tied up and at the mercy of some monster makes my insides churn.
I’m dying. Not physically, but mentally … dying at the sight of Angel losing his will to live.
With every drop of his blood, more of his energy spills out along with his reason, his sole motivator to fight.
It was me.
All along, it was me.
He wanted me to live, and in his effort to save me, he sacrificed his own life.
I wish I could turn back time and tell him not to. That I could stop him from even coming into the house and attempting to rescue me, just so I could spare him this pain.
I don’t want to see him hurt. I don’t want to see him bleed to death.
I love him.
It’s not hard to admit when I witness the man carve a hole into his body right on top of his heart … the heart that belongs to me.
I am his and he is mine.
And now we’re set to die. 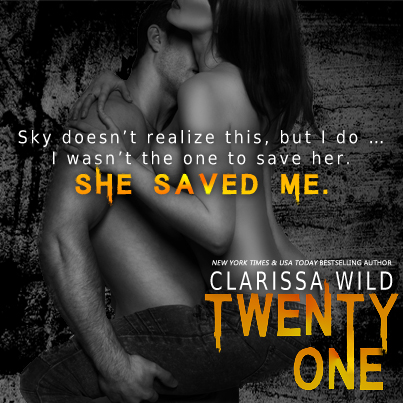 On her 21st birthday she’s taken. Collected by a rich family as an unpaid debt. Her body sold. Her mind his.

For 21 weeks she carried a burden no girl should ever have to carry. Now she loses her freedom to a man born to destroy her.

His name: Angel DeLuca. His mission: To break her in 21 days before she sees through his lies. But she won’t give up without a fight.

It takes only 21 minutes for their lives to be forever entwined.

21 seconds to spill. Time is running out.

Secrets ruin them … but not all truths are worth the price.

This is a STANDALONE Dark Romance novel. WARNING: contains explicit situations, graphic violence, and other disturbing content some readers may find offensive.

Author Bio
Clarissa Wild is a New York Times & USA Today Bestselling author, best known for the dark Romance novel Mr. X. Her novels include the Fierce Series, the Delirious Series, and Stalker. She is also a writer of erotic romance such as the Blissful Series, The Billionaire's Bet series, and the Enflamed Series. She is an avid reader and writer of sexy stories about hot men and feisty women. Her other loves include her furry cat friend and learning about different cultures. In her free time she enjoys watching all sorts of movies, reading tons of books and cooking her favorite meals.

Posted by Anonymous at 9:30 pm