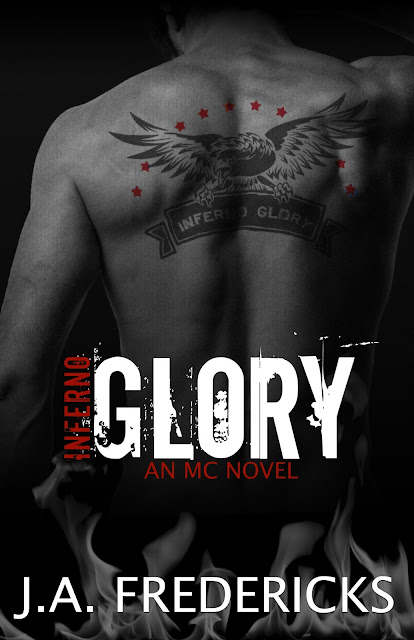 
The day Harley Sonnick is released from a three year prison sentence for a crime she didn’t willingly commit, she returns to the only family she has left—the Inferno Glory MC. But the club’s president isn’t ready to forgive her for past sins and turns her away, forcing her to trust in a new club member who’s arguably the sexiest man she’s ever laid eyes on.

Colt Sawyer, a young military veteran like the other MC members, is elusive and doesn’t have much to do with the women throwing themselves at him until Harley comes riding into his life on her own motorcycle. Together with his best friend and fellow MC member Ranger, Colt will do everything in his power to remind Harley what it’s like to be pleasured by a man and make her feel at home despite the reluctance of the MC.

Things take an unexpected turn when Harley’s worldly possessions are ripped away, forcing her to rethink her future. But she isn’t a pathetic princess in need of saving and is reluctant to accept help. Prison made her hard, forcing her to guard her feelings at all costs. So when dark, blue eyed Colt does inexplicable things to both her body and heart, she’s forced down a dark path of passion and desire that threatens all the safeguards she’s set in place. 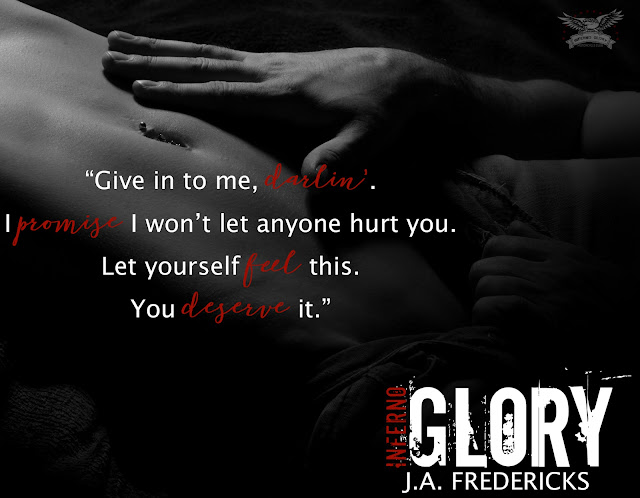 When I step into the living room, the two gorgeous men each drink in the slinky dress I bought with Kandi like they’ve never seen a woman before. Being locked in a cell with nothing better to do gave me time to take care of my body, and it’s paid off. Never have I felt so wanted as I do now with a slim waist and smooth muscles. Even my breasts appear bigger with all the muscle beneath them.

“Holy shit,” Colt mutters, struggling to swallow. Guess he appreciates Kandi’s pampering as much as I do.

“Kandi said you wanted us to stop by early so we could talk,” Ranger says, narrowing his wandering eyes.

Colt gives me the same narrow-eyed stare. “Where you think you’re goin’ dressed like that?”

“None of your fucking business,” I retort, stopping in front of them. The strappy heels Kandi insisted that I buy bring me closer to Colt’s eye level, though I’m still several inches shorter than Ranger. I fold my arms at my waist and put on my best hardened expression. “I heard the cat’s out of the bag. Kandi said you told her I spent time in prison.”

“Wasn’t me, if that where you’re fucking goin’ with this,” Ranger growls. His tattooed arms cross over his solid chest. “Ain’t my business where you’ve been.”

“Well she made it sound like you guys also think I’m a lesbian,” I say, sliding my cynical gaze to Colt. I take a step closer, brushing my fingertips against his bare arm. “Do you think just because I was locked up with a bunch of women I must’ve changed sides, or is it because I could keep up with you on my bike?” I press my hips into his legs and drag a strand of his soft hair behind his ear. “Is there something about me that says I like to eat pussy?”

“Sh-it!” Colt stutters, nearly choking on a barking laugh. “I mean…no fuckin’ way.” Strong arms wrap around my waist as his beautiful blue eyes steal my breath away. I feel his cock instantly harden against my belly as his gaze begins to burn with wanton. “Unless…do you? Nothin’ wrong with a little of that now and then.”

“Never tried it,” I answer, slowly running my fingers down the tight ridges of his chest to the bulge in his jeans. When I wrap my fingers around his shaft, he flinches beneath my touch. The dude feels so ginormous inside my hand that I almost lose my shit on the spot. “While I was inside, I’d spend every night fantasizing about the men I’d fuck when I was released. Then I’d touch myself, but my fingers aren’t shit compared to the size of men I prefer.”

“You sayin’ you like ‘em big?” Colt asks, his blue eyes alight with lust.

“Oh yeah. The bigger the better,” I say with a dark smile, squeezing his cock and making him twitch. “If you don’t mind, I’d like to prove to both of you just how much I like dick. In my mouth, pussy, or even my ass…it doesn’t matter so long as it’s thick and rock hard.” This time when I tighten my fingers around his cock and smirk at Ranger, it solicits a dark growl from both their throats. “You think you’re big enough to get the job done, Colt?”

“Fuck yeah,” he answers with a determined glare.

Ranger breaths heavily at my side. “Fuckin’-a that’s hot.”

I raise my eyebrows at him. “What about you, big guy? You think you’ve got what it takes to make me satisfied?” Colt’s arms are still tight around me when I hook my arm through Ranger’s, dragging him in closer. “You think I’d like the feel of your cock inside my pussy?”

“Fuckin’ right I do,” Ranger growls, reaching for the back of my neck. He wastes no time in crashing his lips down over mine. As his tongue slips inside my mouth, meeting mine with hard strokes, Colt pushes his strained cock against me and begins kissing the skin on my bare shoulder.

Holy shit, I’ve never done anything like this with two men at once. Ranger tastes like the best kind of candy as his expert lips go to work and Colt’s tongue against my skin is a searing reminder of how much I missed out on in three years. I’d never been to prison before, either, and guess I could consider this a reward for the hell I went through. The two men’s musky scents combine in a delightful blend of leather and spicy cologne that curls my toes and warms every crevice of my body.

Long fingers cup my ass, hauling me closer to Ranger as he devours my mouth. Colt’s busy fondling my breasts over the material of the slinky dress while kissing and nipping the skin at my cleavage. It’s his lips I’ve been dying to taste, though Ranger’s kisses are far better than I ever would’ve guessed.

Author Bio
J. A. Fredericks is the contemporary and paranormal steamy romance author of the the Fifty Kinds of Dead series, Inferno Glory MC series and its spinoff Jawa's Angels MC. Just like her characters, she’s really into music, tattoos, and motorcycles. Rather than riding bitch forever on her husband’s Harley, however, she hopes to one day get her license and at least pretend to be as badass as the heroines she writes about. She lives in rural Minnesota with her husband and kids.