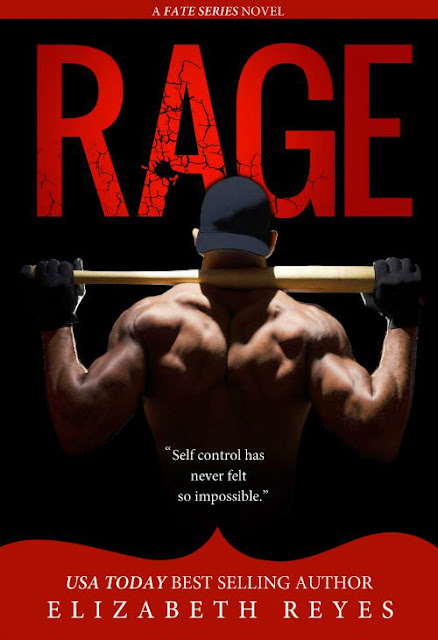 Synopsis
Having made it to the major leagues, A.J. “Rage” Romero is determined to shake the stigma his temper has earned him over the years. He’s finally managed a shaky hold of that elusive self-control.
Until he meets them . . .
Without warning, his coach and mentor’s brilliantly gifted granddaughter Clair and her equally amazing mother Addison Cabrera blow into A.J.’s life. The harder he falls for Addison, the closer and more attached he becomes to Clair.
Having fallen so fast and hard, he agrees to respect the understandably protective single mother’s wish to forever keep the identity of Clair’s absent father unknown to everyone—including A.J.
But when the ugly truth about Clair’s dad begins to surface, the fire in A.J.’s fiercely possessive heart is lit. As more of the troubling reality comes to light, his zero tolerance for secrets and dishonesty put his temper—and his love for Addison—to the ultimate test.
Self-control has never felt so impossible.

USA Today Bestselling Author, Elizabeth Reyes continues to answer to her calling on a daily basis. Since releasing her debut novel Forever Mine (Moreno Brothers #1) in 2010 she has now published 9 full length novels total and fast at work on the next. The excitement her Moreno Brothers, 5th Street, and Fate series have garnered has far exceeded her wildest dreams. It is with as much excitement that she’ll continue to put out books related to these series as well as introduce brand new ones very soon.
In 2014 she will take her next step in the exciting world of writing and publish her first traditionally published book with Simon & Schuster/Atria. But she will continue putting out self-published books as well.
Website | Facebook | Twitter | Goodreads | Printerest | Instagram