Foster made a promise in his hospital bed when his leg was taken from him that he’d get back to one hundred percent. Leg or no leg, he’d get back on the SWAT team if it killed him.

And he does get back. But he has a problem.

He can’t let go of the past.

The anger burns deep, making his emotions volatile at the best of times.
Then he meets Blake with her haughty attitude and inability to distinguish the difference between a pocket knife and a sword.

Little by little, she makes him whole again, one bad joke at a time.

Rage so pure and all encompassing, that he knows it’ll explode.

It’s just a matter of time.

What Foster doesn’t realize, though, is that the love that Blake has for him is enough to fight his demons, one kiss at a time. “I cannot believe you’re making me do this, Uncle Darren. This is Missy’s job. Seriously, I’m going to give every single one of your SWAT team food poisoning, and then where would you be?” that voice said.

The voice that gave me an instant hard on.

The voice that’d been teasing me for weeks over the airwaves.

The voice that I wanted screaming my name with me pounding her to oblivion.

“Missy gave you very detailed instructions. All you have to do is right here,” Chief Rhodes said to Blake.

I’m glad that I never did anything with her…or to her, that would’ve brought his wrath down on my back.

It was a good thing to know. Considering it’d been in all my intentions to seduce her…and possibly keep her.

“Alright, I’ve got the biggest pot I could find, boiling with water. Now what?” she asked, running her finger over a piece of paper at her side.

I glanced at Chief Rhodes and nearly laughed when I saw him flipping through what looked like a Guns & Ammo Magazine.

He wasn’t even paying the least bit of attention to her.

Leaning against the door jam, I continued to watch as she brought out a large paper bag that had ‘Fisherman’s Cove’ on the side.

Peeking into the bag, she squeaked and stepped back, letting the bag drop to the floor.

“Oh, my God! They’re all over the floor, Uncle Darren!” Blake squealed.

The Chief didn’t even look up from his magazine.

“Pick them up,” he said distractedly.

The lobsters, all fifteen of them, started crawling around the kitchen floor.

The Chief smiled. “Did you read this article yet?”

“Which one? The one on the fifty caliber AR-15?” Blake gasped, stepping to the side of a crawling crustacean.

“That one. Do you see how far the shot knocks him back?” the Chief laughed.

“About as far as I’m going to knock you if you don’t fucking help me,” she growled, dancing on the tips of her toes and shaking her head.

I scanned her body, taking in everything in a glance.

Her hair was up in messy bun on top of her head, stray hairs falling out every which way.

She was wearing blue jean shorts that just barely covered her ass, and a white tank top that said, ‘I make dirt look sexy.’

Her legs were long and toned.

They were deeply tanned, but you could tell that they were tan from being outside, and not a tanning bed.

She had a suntan line at her ankles from what looked like socks and shoes.

Her toes were painted a lime green, and she was wearing a pinky toe ring.

The whole outfit was outrageous, but it fit Blake’s personality perfectly.

“Need help?” I rumbled from the doorway.

The Chief didn’t look up, but Blake did.

And she looked stunned.

“What are you doing here so early? Dinner’s not ready yet,” she snapped.

I held my hands up.

“I’m here because I’m supposed to drop these off,” I said, waving a stack of folders in her direction.

My eyes roamed the front of her, zeroing in on the way her pink and white bra straps showed from under her tank.

She narrowed her eyes, and effectively dismissed me by turning her back on me.

I guessed, though, that it was because she was hiding the way her nipples pebbled in reaction to my gaze.

Well, I’ll take that as she was happy to see me.

The Chief finally stood and walked over to me, stepping over a lobster as he went. “You have one escaping into the kitchen,” he said on his way out.

I followed him, smiling at the curse she tossed at his back.

The Chief looked over at me and winked. “She needs to be challenged sometimes. And she’s stubborn as hell. If I hadn’t given her something to do, she’d just be worrying.” 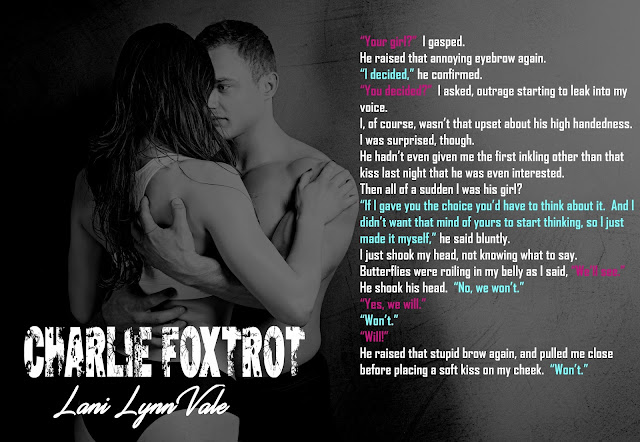 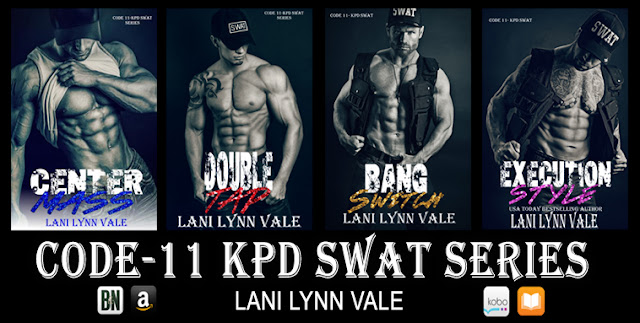 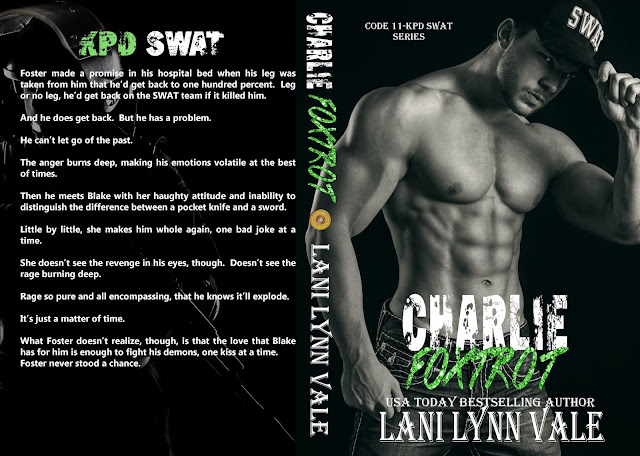