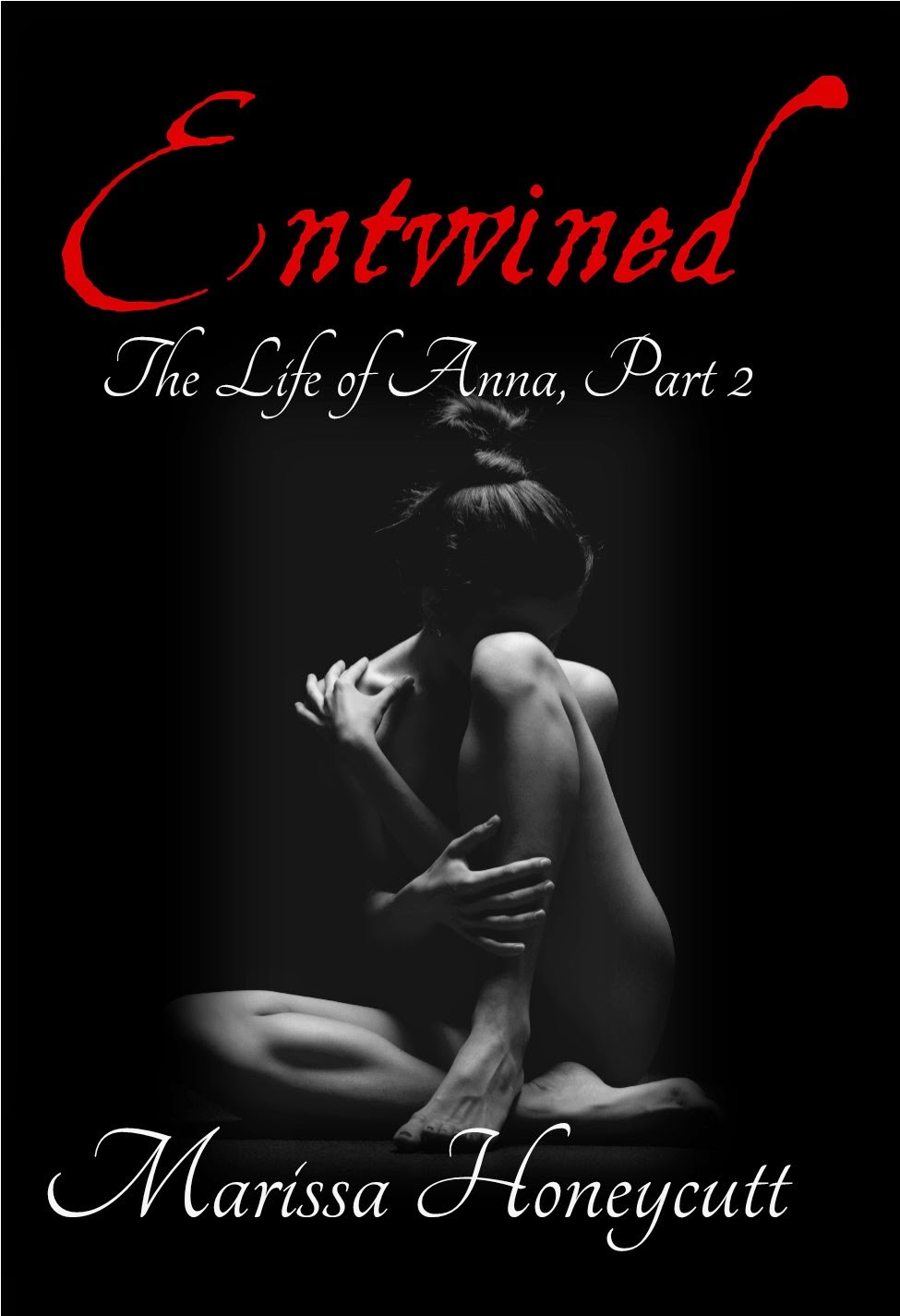 Anna has two masters, one she hardly knows, but who makes her feel safe, the other she's known all her life and says he needs her.

Alex wants her to be free.

As Anna takes her first steps into the world, into love, into friendship, she wonders if she will ever understand either of them.

***NOTE***
This is not a stand-alone novel. This is the second of five novels that tell Anna’s story.

***WARNING***
This book is for grown-ups. This book is not for people who are easily offended, get nightmares easily, or have difficulty reading books about tough subjects. I do not glorify bad things, but bad things do happen to my poor characters. This is not your typical love story. My heroine does not fall in love and live happily ever after...at least not like the typical heroine. There is a happily ever after, but it is a long, painful journey to that end.

This book will likely offend you. This book might make you cry; it might make you throw up. It is a dark book. As my friend, Heidi, said, “It’s dark. It gets darker. It gets even darker, and then it gets even more darker. And then, just when you think it can’t get any darker, it does.”

But, don’t worry. I take you to the deep end gradually. ;)

There are many sexual situations in this series of books. People die. People get hurt. Things aren’t always truly the way they appear to be. The antagonist isn’t just a bad guy; he’s EVIL. My heroine’s worldview is skewed; things that may appall you are perfectly normal to her.

Any violence in this book is non-gratuitous and crucial to the plot and character development.

Do not read this if you are under the age of consent in your country. Do not get angry if the subject or actual book upsets you. If you're reading this, you've been warned. 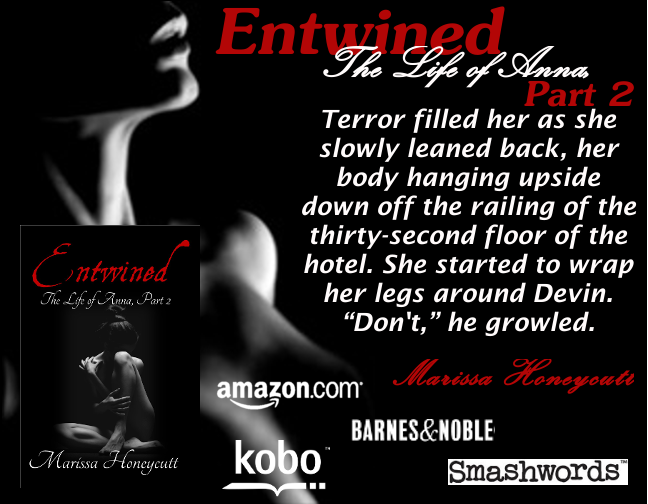 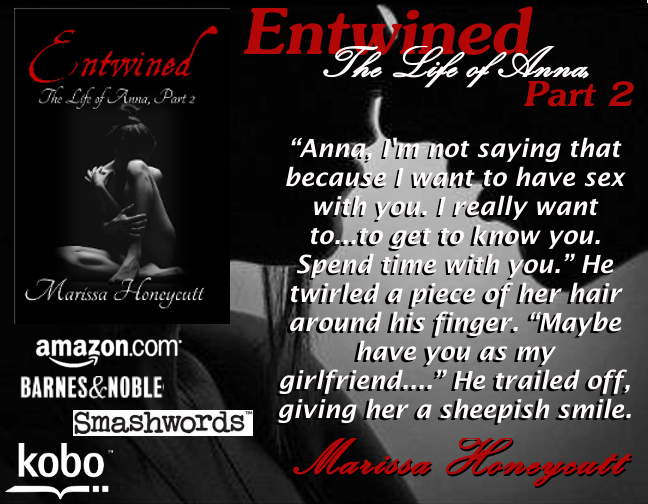 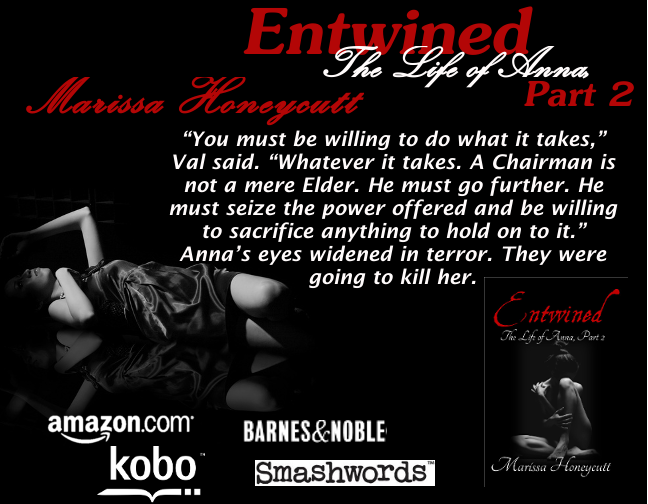 She pulled against him again. He wanted her to continue struggling, so she did. He grasped her hands in his and pulled them up over her head. Her back arched and her breasts jutted out.

He unzipped her dress and reached in to grasp her breasts, pinching and pulling her nipple. She whimpered at the pain. It really did hurt, but she could handle it. It's what she’d been trained for.

He pushed her forward and moved her hands to hold them against the wall. He pulled her skirt up and caressed her ass.

“God, what a great ass.” He moved closer and whispered in her ear. “You like taking cock in the ass, Anna?”

She shook her head. “Please don’t. It hurts,” she begged. Thinking about the other men, Aaron included, made her heart ache. Having had someone care for her made this situation worse. She stopped acting and her pleas became real. “Please don't.”

He chuckled and moved her thong aside to caress her asshole. He pressed a finger through the tight band of muscle and she cried out, struggling to get away. She didn't want to feel the pain. She wanted to be cared for. She wanted to be with Aaron, not here at this hotel.

“So tight, Anna. Doesn't your ass ever get a workout?” He pushed in another finger as he asked the question.

Tears started running down her cheeks. She hoped he would at least use some sort of lubrication. Even her pussy; she was wet.

“Please don't dry-fuck me,” she whimpered.

“Maybe I'll be nice this time. I wouldn't want you bleeding all over your pretty dress.” He pulled his fingers out and shoved several unceremoniously into her pussy.

“Thank you,” she sobbed, pressing her forehead to the wall.

She heard the sound of his zipper and a moment later her pussy was filled with his cock. He thrust in and out a few times then pulled out and moved to her ass, pressing in without any more preparation than he'd already given her.

He let go of her hands and grasped her hips as he plundered her tight hole. Her fingernails dug into the wall as he fucked her ass hard and painfully. Though she wanted to scream, she held her tongue, except for the occasional cry or sob that escaped her mouth. He didn’t care if she came and she didn't exert the effort to do so.

His thrusts became sharper and he grunted as he approached his climax. Finally, he stiffened and groaned softly as he shot his load deep inside her ass. He pulled out when he was finished and let go of her hips.

Without his support, her legs collapsed under her and she slid down the wall to her knees, wincing as her ass hit her heels. Tears ran down her cheeks. She'd have to fix her makeup before she went back in.

Marissa's story of Anna began with a dream about being kidnapped with Adam Savage from Mythbusters (Yes, really). Over the next year and a half, it morphed into the story you will be reading soon. She has several other stories in progress, one of which is based on her kidnapped dream.

When she's not writing or editing, Marissa is taking care of two young boys, training to be an astronaut, running her household, wrestling with gorillas, playing around on Facebook, promoting whirled peas, and busting her tush for her accounting degree. She enjoys chocolate, air conditioning in the desert's summer heat, really good strawberry margaritas, sleeping, and shopping.