Title: After Day One 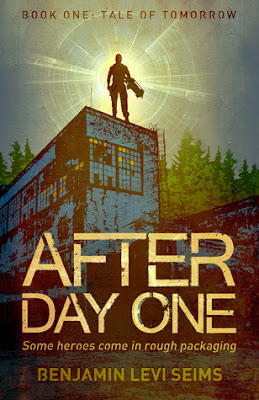 The world is fragmented and could sure use a hero. Not every hero comes in shining armor.
Free Territories, 2083: John Howe, an enhanced cyber operations soldier with an embedded AI named, Cam, fought his way home after Day One to find everything changed. Not only was the country he’d fought for broken, his wife and son were murdered. By 2096 he was finally starting to move on from his losses, living a comfortable life of seclusion in a part of the Pacific Northwest known as the Free.
Then he finds himself stuck with Sierra and Quinn, the twin thirteen-year-old orphans he’d saved from the jipper couple hired to kidnap them. Now he’s a man who is just trying to off-load the highly coveted twins before they get him killed, or worse, he ends up liking them.
As fate would have it, a super-soldier and two kids whose combined abilities could save the country—and maybe Earth—are going to be hard to separate. 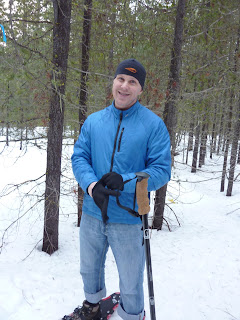 Ben lives in the Pacific Northwest with his wife and their three teenage boys. He works full time as a cardiac nurse and is currently an officer in the Washington Army National Guard. After Day One is his first full length novel and is the first book in a planned trilogy.

Posted by Anonymous at 3:00 pm